A downloadable game for Windows and macOS

!Warning. This is a game about physical relationship between human and paranormal being .  The version right now contain male or male-ish characters only!

A visual novel that lean on making choice in the detective's mind.

In this VN, your choice is drive by the visualize of the thinking process. You are controlling the feeling of the detective. Some of them come from what the detective saw, some are from other's words.

Robin Reg is a detective care very little to human.

Part of the reason is his surrounding is not kind of him. They called him bitch, universal butt, man-demon. The real deal is, his has a history with those are not human, The Outsider.

-Route altar according to Statue 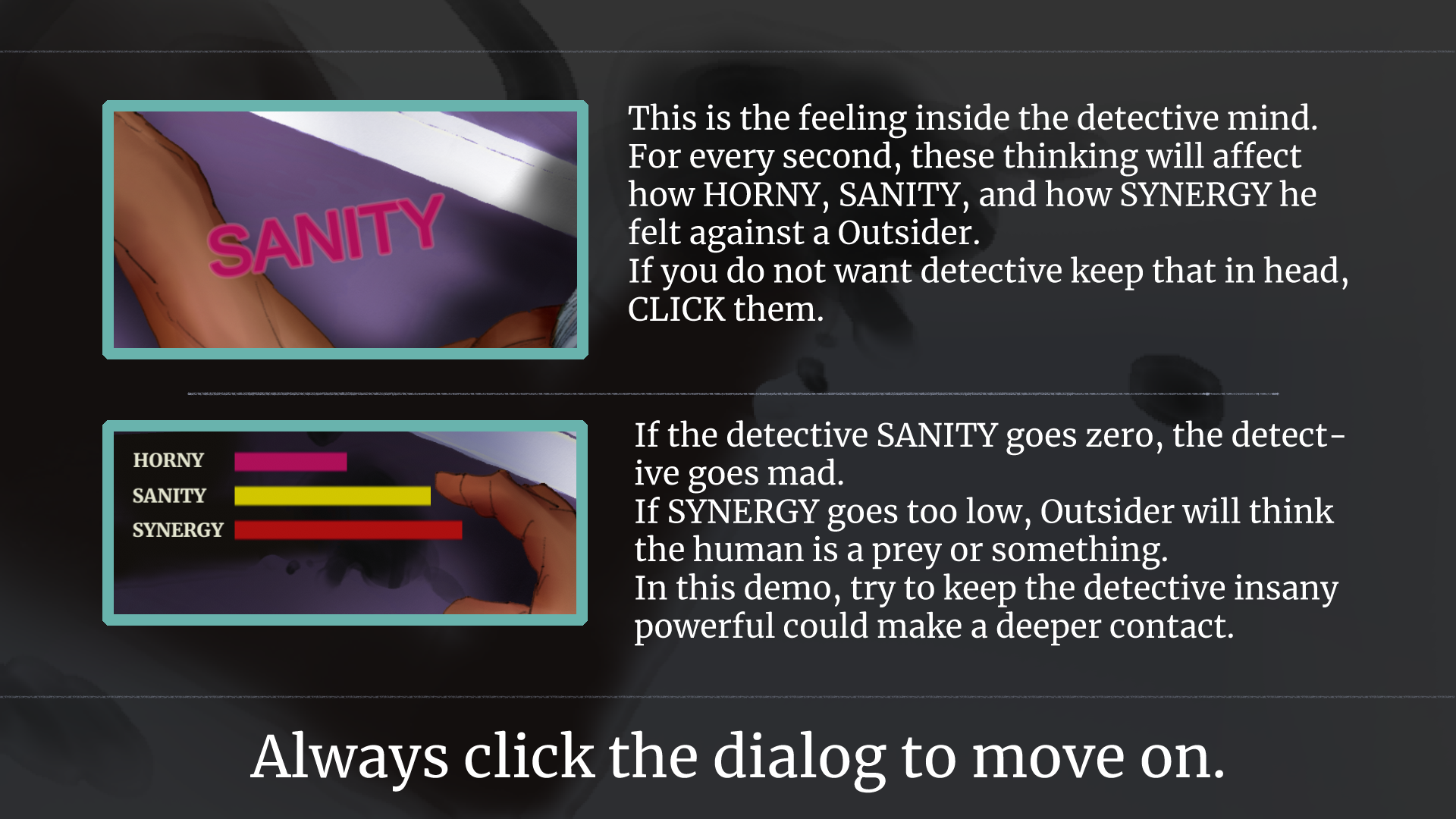 Route in this version:

Basicly you don't got your detective killed will advance to CG3

- If you skip dialog through ESC key, sometime the screen will offset a bit due to camera shake

I am playing around a twist to dialog choice in VN. This is my first time on development side, first time writing content in English.  So if any part went off please tell me that.

Any thought will be appreciate!

Unzip it and play would be OK.

I think I can say the project will continue in the unreal engine now.
It is so unsure before since the learning path was a bit concern.
And thank you for your kind word.

No. But the update will not be soon also. It's the writing parts are too much here and there.
A more suitable approach will be having a smaller project on exploring the engine. And work more on the writing skillset.

Guess I'm the only one still checking..

Hey thanks for checking.

Here is a short answer: I will finally get time to touch the project after July 16-17.

Thanks for the response, will be looking forward to that! It's been waaaaaaay too long

This is some really good stuff! I really like the screen shake and the writing, disregarding the typos and such lol. Of course, really great art as well. I hope a gallery is planned for the future, wouldnt mind seeing the full pictures without text in the way ;)

Thanks! Am happy you enjoy it.

Seems like a good idea.  Didn't really get to read much about what it was about due to strange English but mostly because I was too busy clicking words on the screen to try and stay sane and synergized and not really getting time to actually read what was going on.  I got the gist of it after going through it a couple of times.

Yes. The clicking mechanism is a bit against the nature of reading the text in VN.

I think a turn base mechanism will fit more.

AnY uPDaTEs? My sanity is dropping due to all the waiting

I'm focusing on the development of PBD in the bottom half of this year. So some updates are expected. Not within July but please expect it.

Also, I'm considering moving the project from Unity to Unreal,  at a 45% chance.
I can solve more programming problems in Unity. However, I can solve more UI, graphic and level design problems in Unreal. Thinking of the loss progress in between moving, the pros and cons of both sides are tricky.

Gotcha. I'm glad to see that you are actively developing the project!

Still, I'd recommend posting every once in a while, even if it's just small adjustments, instead of having everything done and then post a gigantic update. I think this is a very interesting and promising project, so it would be great in the long run if you can keep people engaged. This way you can also get feedbacks about what changes should be made in the future, with regard to which engine to use, what mechanism needs changing, etc.

I saw the pic you posted on Twitter! The colored version is better (I was hoping that the detective can be a bit more buff tho) and hopefully there is gonna be an update soon

Thanks for your feedback. Robin will get a companion with a stronger body to do the smashing work (kind of know that not what you mean tho, *smile*).

Haha well, he is a detective after all, and sometimes he will have to handle things on his own, in whatever way it works ;) and I sure hope his physique is on par with the enemies he will be dealing with

When will your Christmas come?

Sorry for the waiting, still got something figuring out. (Pulling bugs out of the bag hardly

Haha! This was really sexy. I love gruff detective-type dudes and I love big hunky men, this was enjoyable.

Heya, can we expect an update soon

Next update will be put online before Christmas.

Hey there I'm just wondering if there'll be any update for this game any time soon? It's a good game and Im enjoying it

Thanks for give it a try.

Can't promise in a very soon time.
Last month I tried to write on top of what I have before. The story needs more thinking about how the world working. Last bit of the story was not solid but a rough idea of a scene with a hint of what the element in it.
So I added some idea in my story notebook.
What exactly an outsider with a certain look is? Would they be any chance a species instead of a random show up? How does a species share their appearance in the world? Most importantly, what is the stories between people and outsiders?

I really love the gameplay of this and if you need help with your english, I'd gladly help.

Okay, thanks for the info :)

Hey, I want to tell everyone that constantly check for update, your checking is part of why I want to make the game a fuller experience. Appreciate all the attention.
Your waiting will not be ignored.

I really enjoyed the demo! The content is hot and the only issue I had was, like others, it does not fit into my screen nicely. Your post said that there was an update on Mar 15th right? But where do I find that? The available demo is from December last year

Thanks.
The Mar update was delayed and even delay more for switching tool.

Currently rewriting the dialog and text, hopefully will be out within this month.

Thanks for replying and I look forward to the update! Hopefully it fits my screen this time lol.

Btw, would you consider adding any MC top scene into the game (since he is known for being a bottom), and, do you have a Patreon page?

That is a good point. I'll keep that in mind.
About Patreon, I do have a page that never updated.

Gotcha. I just think that this is a good project and should be supported more

Yo it'e been a month, can we expect an update soon? ;)

I really want to play this game but I cant seem to get it to fit my monitor, Any suggestions?

Okay, at most chance not your problem (the game have zero adaption to screen diversity currently). May I have your screen resolution?

Got it. I will look into it after the investigate stage finish.

thank you so much I cant wait to play it. (:

I hadn't realized it, but I think I may have the same issue since there is nothing in the top right corner, even when the game says there should be. I did not see anything to interact with, so it just ended with me losing all my sanity without making any choices.

The top right corner thing mentioned in dialog is a UI reminder work as a hint about dragging on the screen to pan the CG. Then I found out the reminder is not an actual UI thus is not showing on the screen.

At this version, you can click on the flying Sanity Word to slower the sanity reducing. Most of the Sanity Word will die after 1 click. Using this control the sanity is at the level that you desired.

Oh, I didn't know you could click on the words. I guess I don't really understand what genre this game is. It says Visual Novel, but it feels a lot more like a survival game.

Thinking the whole game will be a baby between the ending credit (and only an inspiration, not the actual shooting vibe) of Nier Automata and Phoenix Wright. The version now is a fraction about the mechanism, at the most scenario, detective gone crazy or die is not happen that much.

Here is the ending credit I mentioned before.

Yeah, the photo to texture comes out quite nice.

However, the data list while I stacking photo together is not.

Two photos are stacking together in the screenshot, each of them captured 2 clues. Which means I should get a total of 4 clues in the stack list (that's the size number under Clue Hashtag1 on the right side). Instead of 4 clues, I got 3 clues. The list only update last item at the moment.

This is the same logic how the camera capturing the story track on the scene (that works fine on capturing 2 clues on 2 operate objects to the camera).

I must missed somewhere, maybe some fundamental knowledge of modifying list.

Very sorry about the update will be delay for 2 days.

The photo to texture is dragging me 2 days to solve. Here is the freshly done photo taking function. I'll put a post about it.

Interesting gameplay. The characters looks good and the arts are nice. I eagerly wait for update.

Thanks. There will be an update at the end of this month. Stay tune.

我说那画作也画得太性感了吧，故事也很有趣。很期待你以后的进展！Good job in every perspective, hopefully you'll get the attention and support that this project deserves

Really cool game and concept! True the english is slightly broken but it's still comprehensible enough to get what's going on, that scene with the monster was really hot.

Thank you! I am happy that your detective is alive.

Its looks promising, but I will have to wait cause I don't have a computer, Only my phone. If you make an Android version I you'd love to play it

Hey thanks!
I'm not able to do an Android version very soon yet.

Can't promise on this one. Last time I test with a screen outside of 1080p, UI went off. Keep looking on to it.

Okay, let me wrap up some issues then output a mac version.

Looks really cool! When are you planing to finish it?

Thanks! I will make a investigating stage this month, then take a look at the schedule.

You know you're in for a good time when the preview image is in broken English.

Right, and clearly Grammarly does help too much.  But yeah, I will hire a better writer instead of myself  in production stage. 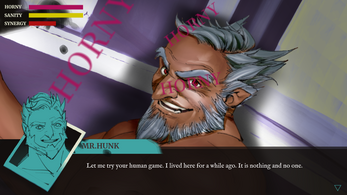 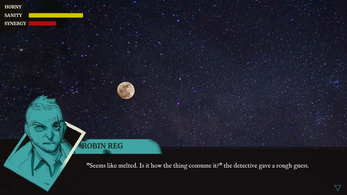 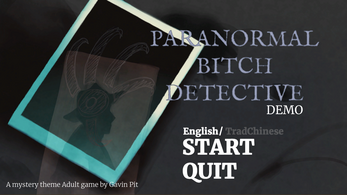 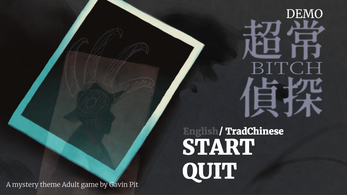